Recently, I began coaching a bright, articulate head of M&A of a financial services organization.

His 360 Degree Feedback Report was quite eye-opening in that most of his peers did not speak very favorably of him. Seemingly inconsistent with that feedback, he spoke very highly of them and was sure they would do the same for him.

Upon reviewing the Report with him he said, “it’s the job that illicited these comments, not me.” For a moment, I was taken aback with his response.

I remember saying to him, “Really? It’s the job not you?” And he reinforced his belief.

Having extensively interviewed each executive personally, I thought about his statement carefully then made him a bet. I said to him, “Okay, if that’s so, I have a bet for you. Let’s go to a nearby ATM machine and take out $1,000 dollars each. My bet is that you leave this company and within six months you’ll have the same feedback from your new company.”

He thought about my bet and said he wanted to think about it for a week and get back to me.

The next week when we met he explained that it was not the job but him who needed to transform his behavior.

Needless to say I was quite relieved and proud that my client had matured ten fold from my dare. The bet demonstrated a strength of conviction that I was seeing something in him, and so were his direct reports, that he was not. He started to see it for himself.

Subsequently we did some great work together where he understood how to relationally partner with his international and national peers in helping them with their M&A activities versus conflicting with them out of his desire to be always be right.

The summary for all of us is that with the right objective evidence you can demonstrably grow as an executive! 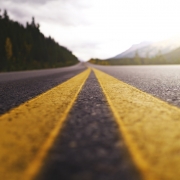 Lead People to Look Inside, not Out