By this time of the year, as a leader you, should have a firm grasp on your team’s production and capabilities.

You’ve studied your team and know who your “A” Players, “B” Players and “C” Players are. But then you discover that you have a rogue “A” Player, who is in a “start-of-the-year” slump. What’s your plan for this “Diva?”

Having a top performer is, of course, a good thing. But having someone who does things their own way, disregarding process and diluting your value proposition for the sale, can eventually cause this superstar to falter.  The person is your most competitive and most independent “A” Player. And they know they are failing recently. Likely, they want, but may not ask for, help.

The issue now is how to get inside their head and establish a path to success WITH them, since they’ve not created it themselves. This is a fundamental challenge of a leader. It forces you to be creative, humble and persistent as a coach. Actually, it’s part of your job as a leader.

Many leaders orphan this Diva believing they’ll figure it out on their own. They won’t.
Unless you rattle their cage in relational way, it will be June and the balance of their year will be just as dormant as the first half you’ve just lived through.

Jump a Level, Change the Climate

Albert Einstein once said; “In order to solve a problem you have to jump a level to solve it”.

In order to reach your Diva you too must jump a level in your approach. I’ve often coached leaders to be persistent yet likable. Your Diva must think they are driving the process…not you.

To succeed at this, you need to change the climate in which you develop your Diva.

Rather than going to their production numbers or pipeline, it’s better to take it slow and begin with forging a climate of curiosity and empathy.

These questions put your Diva into the driver’s seat, heck, that’s the only way they’d hear you anyway.

Try it and let me know. 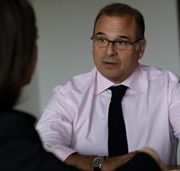 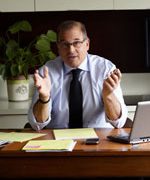 Sales…Love It, Don’t Leave It Winning Clients with Empathy
Scroll to top