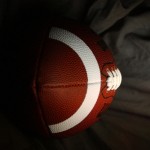 In our instant access, instant disclosure world, it’s important to bear in mind that as a leader you don’t get a free pass on inappropriate behavior.

What you get is a write up in the National Inquirer that you lost your cool. Of course, I don’t mean this literally, I mean it figuratively. But the point is that you will have shone a light on your bad behavior and lots of people will notice.

Remember Tom Hanks’s famous line in the movie “A League Of Their Own”… “There’s no crying in baseball!” Well, there’s no aberrant behavior that come from emotions in business. Being emotional, and making rash decisions based on those emotions, gives you a scarlet letter you don’t need. It says to people you’re not as stable as they thought you were.

An example of what I mean is making a personnel decision after being provoked to do so. Rumor disguised as information may come your way and you quickly react, thinking that that is what a good leader does. No, it isn’t.

To neutralize this behavior, it’s important to have forebearance, meaning having patient restraint when provoked. I often coach leaders to catch their emotional moments and substitute the emotion with foerbearance and an illustration of a higher level of groundedness than the issue merits.

Keep Your Cool to Win

Think of an NFL Quarterback. Those who lose their cool, who overreact to what’s happening instead of anticipating it, those who get flustered when things don’t go their way…well, you won’t see them in the Hall of Fame any time soon (or ever!). But those who maintain a steady composure, work the problem at hand instead of fretting about it and keep their emotions in check, you’re likely to see one or more championship rings on their fingers before their career winds down.

Act calmly and appropriately. Because remember…the Inquirer is always watching!

New Leaders…Stay Insecure For a While

Giving Thanks for Clients
0 replies

New Leaders…Stay Insecure For a While Great Leaders Listen…But to Who?
Scroll to top