One often hears the term “healthy debate” as a reference to two or more sides getting together to hash out an issue that could escalate into argumentative discourse if not dealt with upfront. Some might believe that a debate in business cannot be healthy at all since it pits people against each other. They’d rather have a “discussion.” Let’s take a look at why debating can be good for your business…if handled properly.

First, let’s clarify that debating in business is different from the debates seen during political campaigns. The focus in the latter is winning at all costs. It really is about surviving as the candidate of choice.

The great John Wooden once said:

“It’s what you learn after you know it all that counts.”

In business, a debate will involve strong, well-researched opinions on both sides of a decision that needs to be made. Each side presents its case and a solution is chosen. While some will feel they “won” and others might feel they “lost,” the goal of the decision-maker is to take valid points from both sides and create the solution that works best for all involved…notably, your clients!

Debating is not the same as having a discussion. A discussion is when people get together with a common issue that needs addressing and all parties have an open conversation about solving that issue. While some may come to the table with ideas on the subject, everyone is there to arrive at a decision based on the input from all.

In a debate, while the issue at hand may be the same, how it is worked out is different. There are “sides,” individuals or groups who have already determined what they believe to be the best course of action. They arrive to debate their points and convince others of their merits. Sounds like the basis of an argument, right? It should not be. What it really means is that people have put some significant thought into the subject already and have come to the table backed with their research, knowledge and experience to voice their input. I like that! And so should you. It signifies that people have cared enough about the subject to put some strong thinking into it and are prepared to communicate their position strongly.

Tips for a Healthy Debate

However, as their leader, you need to set the playing field of a debate so that it doesn’t escalate to all out war. Below I list 5 tips for debating that should be shared with your team the next time you see teams digging in for a fight:

Make sure you have scoped out where the debate should start and where it should end. What is the end result needed from the debate? Usually, it is a decision on how to proceed. Too often teams that debate go off on excessive tangents that cloud their larger issue. Stay vigilant to the larger issue, keep track of time. Make sure a decision is reached at the end.

#2 Ask Questions to Forward the Debate

Rather than shutting an idea down too soon in order to be right, ask questions of the team. This will foster advanced discussions of the point at hand. Asking smart questions credentials you as a forward thinker and establishes you as someone who desires a clear outcome.

#3 Offer Ideas/Recommendations, Don’t Insist on Them

Too often executives insist on their ideas being accepted. Be open to hearing what the other side is saying. Yes, offer your recommendation so that it can be discussed. But then see how it sits with the others and whether it opens up new ideas. Discussion drives acceptance. Colleagues need to vet an idea in order to wrap their arms around it and accept it.

The more you summarize a point the more you move the debate forward while acknowledging your teammate. Make sure they know you understood their recommendation, even if you are not convinced it is the right way to go.

#5 Present the Next Step in the Process

Go ahead…debate! But make sure, in the end, both sides feel like they were heard and understood. And, that a strong decision was the result, even if both sides had to give in a little. That’s a healthy debate!

Have you ever lost control of a debate? How did you get it back? Share your experience with a comment. Thanks! -sg 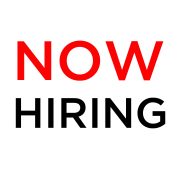 Change the Person, Not the Job

Why Patience Is Not a Virture…It’s Required

Am I Right?…Am I Right? – The Good & Bad About Checking In

New Leaders…Stay Insecure For a While
1 reply

Discover the Purpose Before Setting the Goal